Let’s start by looking at the breakdown of the infection chain published by ATP. The report identifies 5 stages:
In this infection chain, CYDEF’s coverage model would detect several items in the first three stages (when the malware is being installed). Stages 4 and 5, where malware purely resides in hollowed processes, would leave few traces that would be observable to the current model. This means that malware like Astaroth would be detected by SMART-Monitor early enough to prevent the attackers from accessing data.

The following diagram from Microsoft’s ATP group illustrates which component of the attack chain would be picked up by SMART-Monitor for review by a CYDEF security expert. 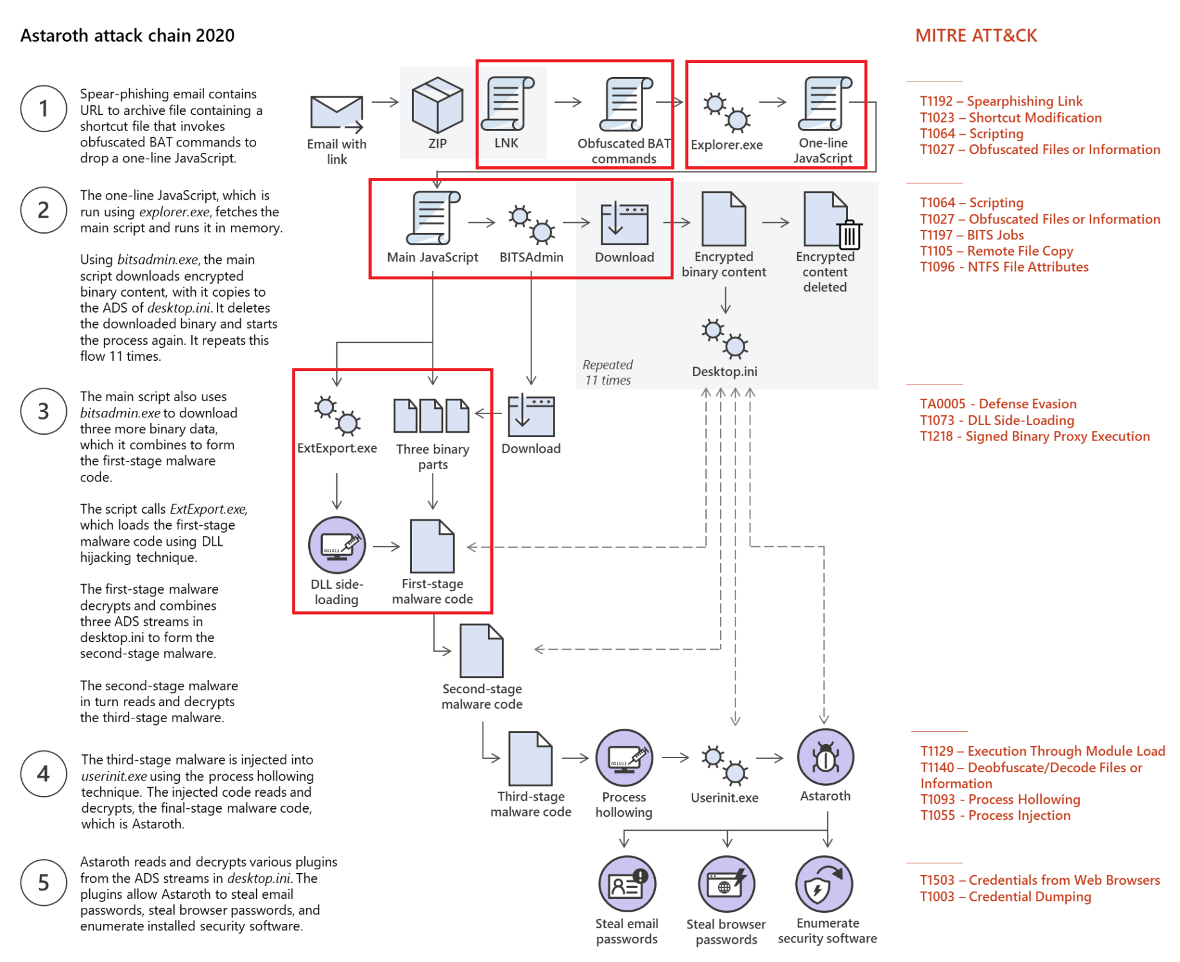 Let’s break down each detection opportunity.
One of Astaroth’s great tricks is the zip package delivery. At first glance, the package contains files that appear innocuous. This would not generate an alert in SMART-Monitor.
That being said, the LNK file in the zip would prompt an analyst for review.

This would trigger a command line review for CMD. The presence of type, a rarely used command to read text files at the command line, would draw the analyst’s attention. Additionally, it would be evident that no legitimate program would create a DLL in this manner.
By Dr. Antoine Lemay|2022-06-28T10:30:14-04:00September 3, 2020|Blog, Technical|